Distribution of the private copying remuneration

In accordance with the provisions of the Copyright Law, the levy is distributed to each of the following categories of rightful claimants:

The amounts provided by the General Assembly of Auvibel to the boards are divided as follows: 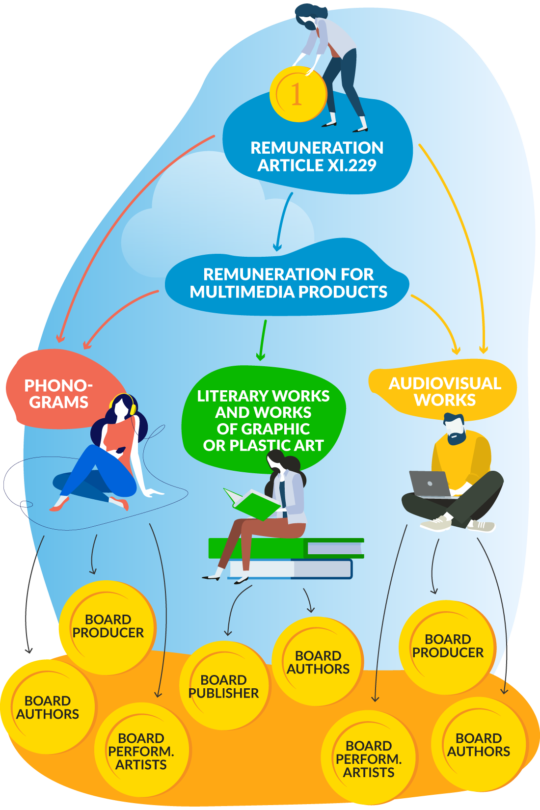 First, the total amount to be paid to the boards by the General Assembly is divided between the categories audio, video and multimedia.

For the multimedia category, it is first determined on the basis of a distribution key which parts are allocated respectively to the audio works, the audiovisual works, the literary works and the works of graphic or plastic art. The legal allocation keys are then applied to distribute these amounts between the respective boards, i.e. for audio and audiovisual works, 1/3 for the authors, 1/3 for the performing artists and 1/3 for the producers and for literary works and works of graphic or plastic art, 1/2 for the authors and 1/2 for the publishers.

Would you like to report a violation of private copying legislation, or do you have another complaint about the application of the regulations or about the way Auvibel functions or intervenes ?